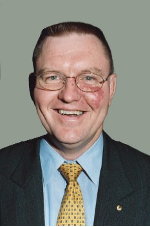 Jed has an MBA and Dipeng (Aircraft) and most recently moved to develop a portfolio of non-executive director interests after a successful career in the not for profit, corporate and government sectors.  He is currently the Deputy Chair of Leadership Victoria and Chair of the Leadership Victoria Foundation and holds several private directorships.

His roles in the NFP sector were as the CEO of Independent Disability Services and the General Manager Corporate Services at Able Australia.

Before entering the NFP sector, Jed held a number of positions in the rail sector including:  General Manager Central and Eastern Regions for Gemco Rail and General Manager Engineering at Freight Australia.   He was the Joint Managing Director of Avteq, a rail manufacturing and maintenance company that manufactured 12 VL class locomotives.

Before the rail industry, Jed’s experience was in civil aviation where he consulted to Regional Express (REX) on regulatory compliance. This followed five years at the Ansett group where he held a variety of senior engineering management roles.

Jed started his career in the RAAF as a technician. His final role was as the Senior Engineering Officer C130 fleet.  He was awarded the Order of Australia Medal in 1997 for his services to RAAF Transport Aircraft engineering and logistics.

His current community involvement is as a Member of the Queen Victoria Market Committee of Trustees, President of the Essendon Canoe Club and a volunteer broadcaster at community radio station 3RRR.  He is a Past Chair of the YMCA Bridge Project Community Council and a past President of the Melbourne Rugby Union Football Club.