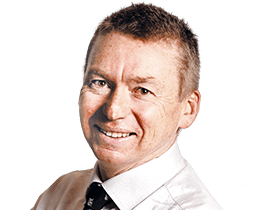 Politics, COVID-19 and the media

Hosted by:
Ian Dunn AM

On 20 August John Ferguson wrote in The Australian that the “loaded gun is now pointed at the Andrews government”, suggesting that the failed hotel quarantine program that sparked the second coronavirus wave would haunt Labor for years.

The following day he said Victorian Labor is debating for the first time in 10 years who should replace Daniel Andrews as leader, after the state’s tumultuous battle with the coronavirus pandemic.

“Powerbrokers are openly discussing the Victorian Premier’s future, with expectations that he will quit the job well ahead of the next election — due in 2022 — to enable his successor to mount their campaign,” he wrote.

A Melbourne-based associate editor at The Australian, John Ferguson is one of Australia’s most experienced journalists. In a career spanning 35 years he has worked on the Canberra press gallery and as a London-based European correspondent.

He was highly commended by the Melbourne Press Club (MPC) for his reporting of the Black Saturday bush fires and in 2019 received a Michael Gordon fellowship from the MPC for social justice journalism.

A respected political journalist at both state and federal levels, John has written extensively on the Andrews government and its response to the coronavirus pandemic.

He says: “Dan Andrews has ruled over the government with an iron fist, adopting an aggressive left social agenda. He has been brutal with his internal critics and has been the central figure in the government’s response to COVID-19.”

Join us for what promises to be an enthralling Melbourne Forum lunch break as John Ferguson discusses politics, COVID-19 and the media and explores how a virus has transformed a nation.