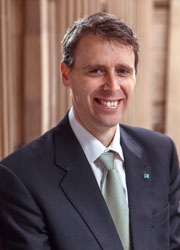 A private dining room in the CBD
Melbourne, Vic 3000 Australia

Media coverage of the challenge to the board of AGL last year highlighted how little general media coverage there is of corporate board behaviour.

The health of corporate boards directly affects us as tax paying citizens, consumers, and shareholders.

Stephen Mayne is uniquely positioned to give us a behind the scenes understanding of board performance, the role and power of shareholder activism and the future changes and challenges facing boards today.

Stephen has been involved in asking questions at more than 650  AGMs – including a record 130 in 2022 – for over 25 years and regularly runs for elections to the board of directors of various Australian public companies.

In 2000 he founded Crikey, an online independent news service currently being sued by Lachlan Murdoch, and after selling it in 2005, he launched The Mayne Report in 2007, a website that focused on shareholder activism and corporate governance issues.

Currently he is a regular business commentator in the media, contributes weekly to Crikey, writes for Alan Kohler through The Eureka Report on ESG and is a councillor for the City of Manningham after previously serving a 4 year term at City of Melbourne, where he chaired the Finance and Governance committee.

Join us for an enlightening and entertaining dinner where Stephen will draw on his experience in bringing attention to issues of transparency, good governance and accountability across the media, business, and political sectors.