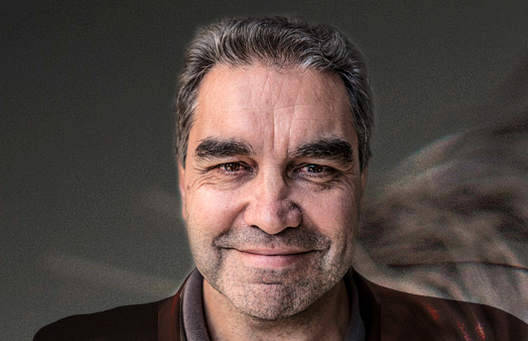 “At the moment, most people see Indigenous culture as a separate thing to them — but it should be a part of them.”

Andrew Peters has a dream; a dream that would see Indigenous culture embedded in all aspects of society, starting with engraining it at Swinburne.

A Bachelor of Business graduate and the driving force behind Swinburne’s Reconciliation Action Plan released in 2014, Andrew has been instrumental in deepening the university’s Indigenous links and understanding over 20 years — but he wants more.

Andrew’s own Indigenous awakening was gradual. He grew up in Healesville, a descendant of the Wurundjeri and Yorta Yorta people.

He completed his undergraduate business degree in marketing and tourism in 1998 and received a Pratt Foundation Scholarship to study in Canada for four months as part of his honours research on Indigenous tourism.

The scholarship taught him about Indigenous Canadian culture and he found that allowed him to better understand his own culture and history.

Describing himself as an accidental academic, Andrew has been tutoring and lecturing at Swinburne since 2000. In 2017, he completed his PhD examining contemporary Indigenous culture, identity and education.

In another capacity, he works with Richmond Football Club, evaluating the effectiveness of a program that runs four-day camps for young Aboriginal people focusing on leadership, health, careers and cultural pride. He is also assessing programs to equip Indigenous inmates at Port Phillip Prison with skills for rehabilitation.

Join other Melbourne Forum members over lunch to learn more about Andrew’s fascinating journey and his role in ensuring that the value of Indigenous culture is recognised more throughout society.