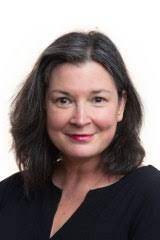 Gay Alcorn was appointed Editor of The Age in September 2020. In its 166 years Ms Alcorn is the first female editor. Her appointment was said to be extremely popular.

Since the merger between the Fairfax empire and Nine in 2018, many supporters of Melbourne’s most influential paper have been quick to express concern about potential interference in editorial matters. In February Ms Alcorn published the clearest response “Why The Age is, and will continue to be, editorially independent.” And keen observers have noted in recent years the return to The Age of a number of senior writers who have been previously lost to other publications.

Join us as Ms Alcorn addresses the issue of independence whilst commenting on the massive challenges facing her newspaper or other mastheads.