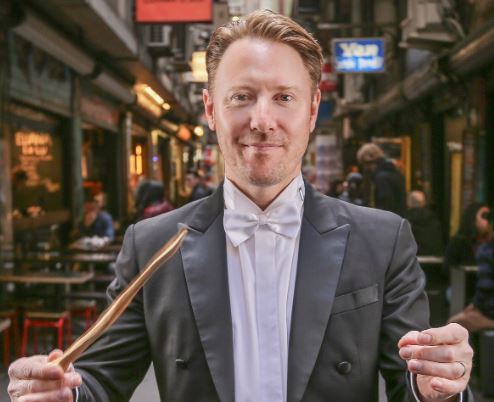 How can our orchestra survive the pandemic?

Take a break with Benjamin Northey

Life is very different right now but one thing remains the same — our love of beautiful music. Sadly, it has been several months since the last performance of the Melbourne Symphony Orchestra (MSO) at Hamer Hall.

As part of its response to coronavirus restrictions the MSO was forced to temporarily stand down 75 musicians and 13 management personnel. Of a 408-strong casual and permanent workforce only 10 per cent have remained working during this time.

But that hasn’t stopped the MSO, Australia’s oldest orchestra, from keeping the music going. It has adapted and innovated during the lockdown, developing online concerts, classes and conversations — and in the process reached new audiences.

In March, the MSO presented Scheherazade for free to an empty concert hall but connected with more than 100,000 people in 20 countries. Over the past few months the MSO’s streamed content has reached more than 470,000 people from six continents. It streams live performances via its YouTube channel fortnightly.

Benjamin Northey, the MSO’s Principal Conductor in Residence and Chief Conductor of the Christchurch Symphony Orchestra, is appearing regularly in the MSO’s online concerts and as a regular guest presenter on ABC Classic.  He is currently working closely with orchestras in Australia and New Zealand as they plan for an uncertain future.

Ben has recently written articles exploring the relationship between orchestras and their audiences and communities.  He is an advocate for the inclusion of more Australian work in orchestral performances. “The challenge is to make people fall in love with new and Australian music and we have to perform it for that to happen,” he says.

As uncertainty over the lifting of restrictions continues, it is still unclear when the MSO will again perform in front of live audiences and what that will actually look like.

So will the MSO survive the pandemic? Join us at this Melbourne Forum Zoom event where Benjamin Northey will discuss the challenges and opportunities for the MSO, and orchestras more broadly, as they attempt to navigate a path through this existential crisis.