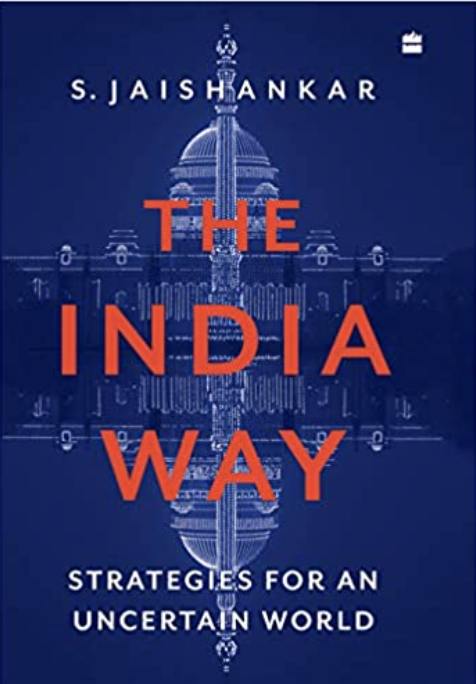 The very nature of international relations and its rules are changing before our eyes. In The India Way: Strategies For An Uncertain World (Harper Collins, September 2020) Dr Subrahmanyam Jaishankar analyses these challenges and spells out possible policy responses.

Dr Jaishankar has been India’s Minister of External Affairs since May 2019. He is a member of the Rajya Sabha representing Gujarat. He was India’s foreign secretary from 2015 to 2018. In a career spanning four decades in the Indian Foreign Service, he served as India’s ambassador to China and the US, among other roles, and played an important part in negotiating the Indo-US civil nuclear deal.

“The world is not going to carry on with business as usual,” Dr Jaishankar recently observed. “Those with a more self-centred view of world politics will have to come to terms with the needs of the day.”

“What happens in the world is increasingly vital for India to understand and appreciate.” He wants India to enter the global arena “with cards to play” and, to that end, has argued for India to take a stronger approach to building its national capabilities. He also recognises the need for India to focus on greater international cooperation in solving the existential problems of the day, including climate change, terrorism and pandemics.

For India, this means optimal relationships with all the major powers to best advance its goals. It also requires a bolder and non-reciprocal approach to the immediate and extended neighbourhood. A global footprint is now in the making that leverages India’s greater capability and relevance, as well as its unique diaspora. This era of global upheaval entails greater expectations from India, putting it on the path to becoming a leading power.

Dr Jaishankar is very conscious of balancing India’s national interest with international responsibilities. He places this thinking in the context of history and tradition, appropriate for a civilisational power that seeks to reclaim its place on the world stage.

This book is bound to generate another stimulating and important discussion for the Melbourne Forum non-fiction interest group. Come with an open mind, hear differing perspectives and uncover what your fellow readers think.