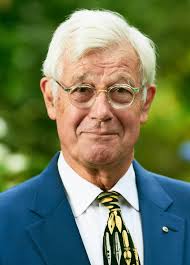 The decision by the Commonwealth Government to prosecute a former Australian Secret Intelligence Service (ASIS) officer and his lawyer Bernard Collaery has caused great consternation among Australian lawyers and commentators who are concerned about the rule of law and human rights.

And the news that another person (‘Witness J’) has been tried and sentenced in camera without anyone knowing about it has caused incredulity.

Both the ASIS officer (known as ‘Witness K’) and Collaery (a former attorney general in the ACT) are charged with breaching intelligence secrecy laws.

The charges relate to a 2004 Howard government spying operation to obtain information on Timor-Leste’s negotiating strategy on its maritime boundary with Australia. The boundary was critical to competing claims to rich oil and gas fields in the Timor Sea.

The negotiations led to a 2006 Timor Sea treaty. In 2013, Timor-Leste initiated proceedings at The Hague to have the treaty ruled invalid due to Australia’s spying activity. Collaery was to represent Timor-Leste and Witness K was to give evidence.

The Witness K litigation is expected to proceed this year. The former spy will plead guilty to breaching secrecy laws, however Collaery will contest the same charge. In June the ACT Supreme Court ruled that sections of the trial would be held in secret because material identified as sensitive should remain classified.

The separate case of ‘Witness J’ involves an ex-military intelligence officer who spent 455 days in prison for national security offences. The charges, the 2019 court hearing and the sentence were all kept secret. Nobody would have known about the prisoner except for a dispute with the ACT prison system that found its way into the courts.

Join us for this zoom event where former leading Queen’s Counsel and president of Liberty Victoria, Julian Burnside will speak on the secret trials in Australia.