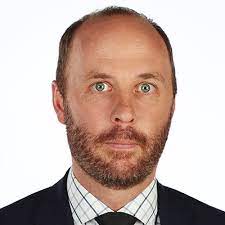 Digging Beneath the ‘Big Build’

Victoria is in the midst of a ‘Big Build’ including the new Melbourne Metro, 85 Level Crossing Removals, North East Link, the West Gate Tunnel, and the Suburban Rail Loop.

This unprecedented program of major infrastructure projects will cost more than $100 billion and take decades to complete. In doing so, it will shape how and where we live, work and move around for generations to come.

But the Big Build has not been without challenges – with reports of cost increases, delays, litigation and questions about whether promised benefits will be delivered.

On a smaller scale, the Federal Government’s prioritisation of infrastructure funding and delivery of commitments such as commuter carparks has also attracted extensive commentary and controversy.

As the country recovers from the Covid-19 pandemic and with voters in Victoria heading to the polls twice this year, the focus on building roads, rail, schools and hospitals will be brought into even sharper focus.

Matt Johnston is the Major Projects Editor of the Herald Sun. He is a former State Political Editor and has covered state and federal politics since 2009, during which time he has won two Quills and a News Award. He is also a Walkley Awards finalist.

Matt has led reporting and analysis of the Big Build, the intersection of politics and infrastructure, and the challenges of major project delivery.

Join us for lunch with Matt, as we dig beneath what is driving the Big Build and how it will shape the future of Melbourne.