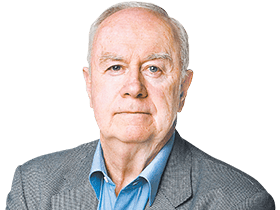 With both the State and Federal elections occurring in 2022, the Program Committee will be committing to the Political theme throughout the year – lead by Prof Vin Massaro and Prof Barbara van Ernst AM.

We are thrilled that Paul Kelly, Editor-at-Large on The Australian will be  joining us under our strict Chatham House rule – all the way from Sydney to speak on what you need to know on the 2022 election.

Paul was previously Editor-in-Chief of the paper and he writes on Australian politics, public policy and international affairs. Paul has covered Australian governments from Gough Whitlam to Scott Morrison. He is a regular television commentator on Sky News. He is the author of nine books including The End of Certainty on the politics and economics of the 1980s. His recent books include Triumph and Demise on the Rudd-Gillard era and The March of Patriots which offers a re-interpretation of Paul Keating and John Howard in office.

Bring a beverage and some nibbles and join us via Zoom for this exciting conversation.