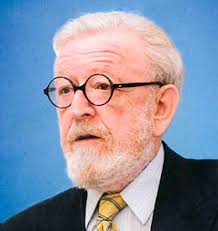 Have recent changes in the law relating to sexual assault produced a de facto reversal of the credential burden of proof in this class of cases?

Robert Richter, the Queen’s Counsel they call the ‘Red Baron’, led a conversation with us in March 2016 to discuss the legal and ethical dilemmas associated with death penalties in our neighbouring countries. We are delighted that he will be joining us for dinner to celebrate our 10-year anniversary.

Robert was a committee member of the then Criminal Bar Association of Victoria and the Victorian Bar Council from 1997 to 1999. He was president of the Victorian Council for Civil Liberties from 1994 to 1996. In addition to his business as a barrister, he was also a part-time commissioner of the Law Reform Commission of Victoria from 1989 to 1992. He was appointed a silk in 1985.

Arguably Australia’s foremost criminal defence counsel, Robert has handled a number of high-profile cases including defendants unpopular in public opinion. He is a critic of human rights violations and advocates for the rule of law.