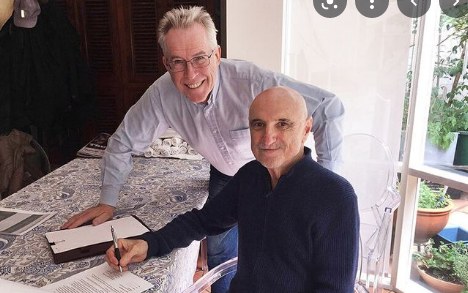 But what will happen to Australian television history now?

Keeping a 1.5m distance from everyone over the past two years has been a challenge for most of us; imagine how difficult it has been to crate screen magic! Throw in the challenges of new digital technologies in television and communications more broadly; the failure of the Australian film industry as both an art form and commercially and regulatory and funding agencies in creating and managing Australian screen production and you have close to a perfect storm.

There is potential for greater output in digital channels to meet the needs of niche audiences – and Melbourne could become the Australian leader in independent screen content production.

Ron V Brown is an award winning TV and Movie veteran with over 45 years in the industry. He started his own company at 22 and has produces 1600 films. To celebrate Melbourne and its achievements, Ron is developing a series of feature length art documentaries including life and work of Robin Boyd (architect), Alistair Knox (landscape architect, builder) and Armstrong Recording Studios (home of Australia’s contemporary music creation for 40 years in South Melbourne).

Will that keep the Australian Film industry alive? Surely we can’t have Australian films and TV disappear into oblivion? Join us on Thursday 10 March at 5:30pm for an insight tot he troubles, trial and tribulations to the Australian TV and film industry.