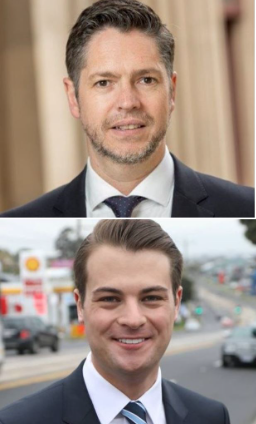 Is the November State election ‘in the bag’?

with Nicholas Reece and Gideon Rozner

As we approach the State Election there is continuing debate about the standing of Premier Andrews. Some believe he steered Victoria through the pandemic very effectively. Others consider that the government failed its constituents by imposing unnecessarily long lockdowns and other measures.

Then, there is the controversial Suburban Rail Link, with its massive cost. The Coalition has vowed to ditch it, and spend the saved money on our health system which is obviously over burdened.

The Government has also been forced to defend its position as to a number of scandals, IBAC Inquirie , the Red Shirts etc

All of this suggests that whatever the current polling this election may be very close. We are fortunate to have two capable, and eloquent commentators to lead debate which may we’ll be feisty but undoubtedly good fun.

Cr Nicholas Reece politician, policy activist and Deputy Lord Mayor of the City of Melbourne and Gideon Rozner, Director of Policy at the Institute of Public Affairs will answer this question over a drink or two. Please join us and have your say.