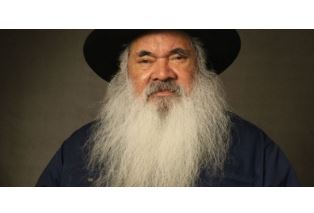 In 1996 the High Court granted native title rights to the Wik Peoples of Cape York. The “Wik Decision” should have been a catalyst for positive change, but instead sparked a national cultural and political fallout. With unique access to never-before-screened footage of a young Noel Pearson and Marcia Langton, this uncompromising feature documentary forensically explores the racism, fear mongering and political manoeuvring that occurred in the lead up to the case, and its aftermath. Told from the very personal Wik Peoples’ perspective, Wik vs Queensland causes us to question who we are as a nation today.

The Human Rights Arts & Film Festival (HRAFF) is a not-for-profit arts organisation that explores diverse and inspiring human stories through the mediums of film, art, music and forums, founded by our very own member, Evelyn Tadros.

Join Melbourne Forum members and their guests for this screening of Wik vs Queensland followed by a post film Q&A with director Dean Gibson, Aunty Janine, Dr. Shireen Morris (Lawyer and researcher in Indigenous constitutional recognition) and Dr. Bryan Keon-Cohen AM QC (retired barrister, writer and activist, and one of the key lawyers in the Mabo case) as part of this years HRAFF.