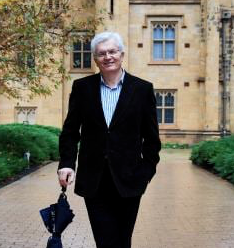 Birth is a throw of the dice. The consequences last a lifetime.

We like to think of Australia as the land of the ‘fair go’, a land of choice and equal opportunity. But behind the facade of meritocracy lies an uncomfortable truth: much of your life is already decided by the lottery of where you are born and who you are born to. Entrenched inter-generational poverty, like the property of the wealthy, can be handed down from parent to child.

With one in eight adults and one in six children living below the poverty line in Australia.

Prof Glyn Davis served as vice-chancellor of the University of Melbourne from 2005 until 2018 and is a distinguished professor of political science in the Crawford School of Public Policy at the Australian National University. With Glyn’s experience as a public policy specialist, his role as the Chief Executive Officer of the Paul Ramsay Foundation, Australia’s largest philanthropic trust could very well be transformed and inter-generational poverty a problem of the past.

If life is a game of chance, what responsibility do those who are given a head start have to look after those less fortunate?