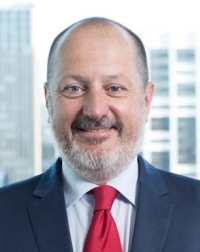 The Grid — redefining Melbourne as an optimistic and energised city

The City of Melbourne’s shortfall over the next five years is estimated at $110 billion.

‘The Grid’ is designed to lead the charge to address this with a transformative experience to re-energise the economy, reopen the state and the nation, and redefine Melbourne as an optimistic and energised city.

A three-day festival for the future of business and ideas, The Grid will be staged at the conclusion of the 2022 Australian Open tennis tournament and it is hoped will attract globally-recognised entrepreneurs to Melbourne to present their latest ideas and technologies.

The idea is partly inspired by the South by Southwest festival held in Austin, Texas each year that draws hundreds of thousands of people to explore the latest in technology, movies and music.

The Grid is designed to cement Melbourne’s reputation as Australia’s innovation and technology capital and help business to connect, collaborate and develop new ideas. The branding draws on Robert Hoddles 1837 street design for Melbourne city — the Hoddle Grid.

Businessman and media personality Russel Howcroft is one of the key figures behind the initiative.

Russel has had an extensive career in advertising with his most recent agency role chief executive officer Australia/New Zealand at Young & Rubicam Brands. He was executive general manager of Network Ten for four years and until recently was chief creative officer and a partner at PwC Australia.

Russel left that role in mid-2020 to co-host radio station 3AW’s breakfast program. Perhaps best known as a panellist on the ABC television program The Gruen Transfer, Russel is also chair of the Australian Film, Television and Radio School.

The Program Committee will be focusing on the deep and emerging initiatives in Melbourne around innovation, sustainability and share economy as a theme for 2021; of which we welcome Russel to lead this conversation and share his vision and plans for redefining Melbourne and helping it to recover from COVID-19 through The Grid.