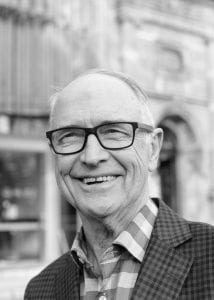 Australia‘s rich endowments of energy alternatives to fossil fuels coupled with its developed economy make it well placed to take a leading role in the world’s transition to renewable power. To capture this opportunity, Australia must learn how to exploit these advantages. Professor Ross Garnaut AO will lead this discussion of what the country needs to do should Australia to meet its potential as a renewable energy superpower?

Professor Garnaut has a long and distinguished career as an academic, policy advisor, diplomat and businessman.

He is a Professorial Research Fellow in Economics at The University of Melbourne having previously held a number of senior roles at the Australian National University including distinguished Professor of Economics.

His public service and policy advice roles include senior economic policy official in Papua New Guinea’s Department of Finance during independence, principal economic adviser to Australian Prime Minister Bob Hawke 1983-1985, and Australian Ambassador to China 1985-1988. He has authored number of influential reports to the Australian Government on subjects ranging from international relations to climate change, including The Garnaut Climate Change Review 2008, and The Garnaut Review 2011: Australia and the Global Response to Climate Change.

Ross last joined us on 19th November 2013 at a Members’ Drinks evening that sold out within the day – this one will too!