2021 will see Melbourne Forum offer a stimulating range of face-to-face and virtual events featuring eminent experts from differing specialties, both national and international. Our thought-provoking member-only interest groups enhance how we learn and exchange ideas. 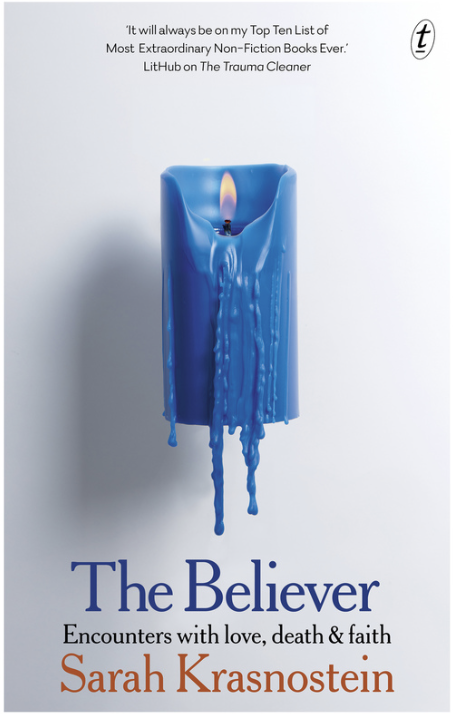 From award-winning author Sarah Krasnostein comes an exploration of the power of belief.

To write The Believer: Encounters with love, death & faith (Text Publishing, March 2021) she spent the last four years in Australia and the US talking to some extraordinary people—people holding fast to belief, even as it rubs against the grain of more accepted realities. Some of them believe in things most people don’t. Ghosts. UFOs. Heaven and the Devil. The literal creation of the universe in six days. Some of them believe in things most people would like to. Dying with autonomy. Facing transgressions with an open heart.

Sarah Krasnostein is a writer and a Melburnian. She is admitted to legal practice in Australia and America, and holds a doctorate in criminal law. She is the best-selling author of The Trauma Cleaner which won the Victorian Prize for Literature, the Victorian Premier’s Prize for Non-Fiction, the Australian Book Industry Award for General Non-Fiction, the Dobbie Literary Award, jointly won the Douglas Stewart Prize for non-fiction at the NSW Premier’s Literary Awards, was long listed for the Walkley Book Award and was shortlisted for the National Biography Award, the Melbourne Prize for Literature and the Wellcome Book Prize (UK). Her work has appeared in a variety of publications and academic journals in Australia, the UK and America.

In this intensely personal and gorgeously written new book Sarah Krasnostein, talks with her trademark compassion and empathy to these believers—and finds out what happens when their beliefs crash into her own.

Come with an open mind, hear differing perspectives and uncover what your fellow readers think … and believe.