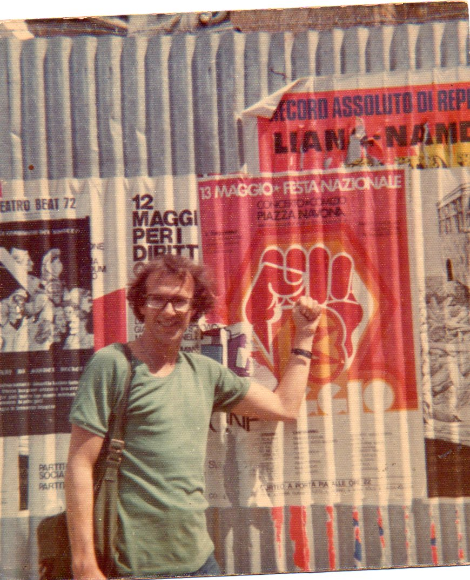 How does Australia imagine the future of the relationship between Australia and the US during the Donald Trump era?

Dennis Altman is an academic, writer and self-styled “accidental activist”.

He first went to the United States in the mid-1960s at the age of 21 at a time of enormous political and social change — Lyndon Johnson was president, the US was engaged in the Vietnam War and was experiencing an emerging and radical counter culture.

That trip set in motion a life-long obsession with American politics and popular culture.

He first wrote about Australians fear of becoming too “Americanised” in 51st State? (2008). At the time, Dennis stated that as John Howard built closer economic and military ties with the US, many Australians believed that not only our sovereignty but our very identity as a nation was under threat … that we were fast becoming America’s 51st state.

His new memoir Unrequited love. Diary of an accidental activist reflects the ambivalence he and many Australians feel towards our powerful ally today. At a time when the cultural reach of the US is even stronger, Dennis describes a greater disillusionment and a sense that it is increasingly an extremely unattractive country for Australia to model itself upon.

A professorial fellow in human security at La Trobe University, Dennis has published 13 books including The End of the Homosexual? and (with Jon Symons) Queer Wars. In 2006, The Bulletin listed Dennis as one of the 100 most influential Australians ever and he was appointed a Member of the Order of Australia in 2008.

In this Melbourne Forum lunch, Dennis will not only look at the history of our ‘love affair’ with the US, but will also delve into the increasingly complex question of just how Australia imagines the future of this relationship during the Donald Trump era.