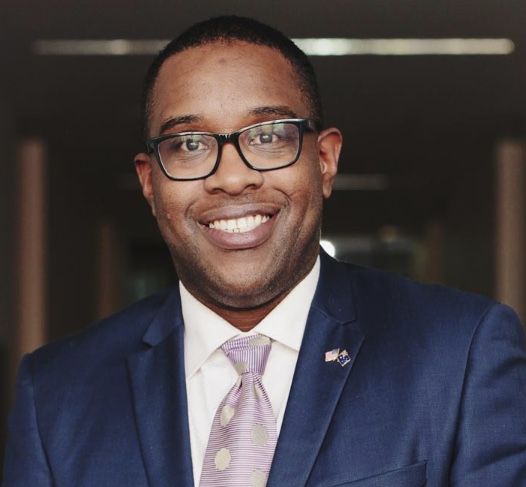 What is happening in the US?

Australia’s strong alliance with the US, is based on shared economic values, support of open democracy, respect of institutions, equal rights and cultural affinities.

But today many Australians look at the US with a mixture of hope, confusion, sorrow, and fear.

Hope in movements like Black Lives Matter, confusion in the politics of culture wars, sorrow at the impact of the pandemic and fear of a US in decline.

Donald Betts Jr is a former US Kansas State Senator, the youngest in the State’s history when elected, and US Congressional Candidate.

Donald is an inaugural member of the 2019 Class of the AMCHAM Global Leadership Academy, founder and Secretary of the North American Australian Lawyers Alliance (NAALA), the Australian United States Lawyers Alliance (AUSLA) and a member of Kappa Alpha Psi Fraternity Incorporated whose membership includes the likes of the late Johnny Cochran, Colin Kaepernick, and John Singleton.

Donald bridges both worlds of US and Australia.

Donald is a commentator on Australian news media outlets, and co-host of Greenland the Podcast  where the differences and similarities between the United States and Australia are explored.

Join us as Donald draws on his unique experience at the heart of US politics and race relations to provide a deeper understanding what is unfolding in the US today.