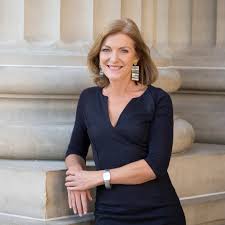 The use of emergency powers in response to coronavirus

In August this year Victorian Premier Daniel Andrews sought a 12-month extension of emergency powers as part of the government’s response to the coronavirus pandemic.

The proposed Bill would extend the state of emergency in Victoria — first declared on 16 March under the Public Health and Wellbeing Act — until at least September 2021 in four-week increments.

The state of emergency is the mechanism under which public health orders such as stay-at-home orders, mass gathering rules, self-isolation orders and compulsory face masks are enforced.

The Premier said the 12-month extension was necessary to safeguard Victorians against coronavirus and ensure rules and restrictions could be enforced as part of the plan to ease restrictions and open up the state.

However, the 12-month extension was criticised as going too far by opposition MPs as well as legal advocates who said it would then rely on the government to exercise restraint over its use of extraordinary powers.

While recognising the need for the emergency powers, Reason Party leader Fiona Patten was one MP who voiced her concerns. She subsequently became instrumental in negotiating a compromise deal with the government of a one-off six-month extension along with the formation of an oversight committee.

“People need to understand that the extraordinary powers being exercised by the government are not only there to keep the community safe during the COVID-19 crisis, but in fact help provide a framework for us to open back up properly,” she said.

Fiona is the founder of the Reason Party and a Member of the Victorian Legislative Council for the Northern Metropolitan region. She was first elected to state parliament in 2014 and re-elected in 2018.

Fiona came to politics after 20 years of advocating for the rights of small business owners, sexual health organisations, sexual freedoms and censorship reforms. An effective independent voice in the Upper House, she has been credited for playing pivotal roles in achieving social reforms in Victoria.

Join us for this Melbourne Forum event where Fiona Patten will discuss the use of emergency powers as part of the government’s response to the coronavirus pandemic.