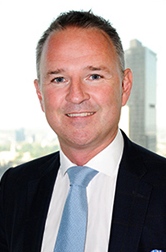 The Star of the South Project: Towards Australia’s first offshore wind farm

Despite Australia’s apparent abundance of energy sources, logical options for ensuring that Australia has sufficient energy that is reliable, secure and affordable remains a question that our politicians seem unable to answer and that industry must somehow resolve. One of the solutions being pursued globally is offshore wind farms (electricity-generating turbines installed in the ocean) which, due to steady wind patterns and ability to be much larger than on land, create a new opportunity to meet a number of different objectives. The Star of the South Project, which was founded by 3 Australians in 2012 and which attracted large Danish investment in 2017, is Australia’s first proposed offshore wind farm and, with a proposed installed capacity of 2,000MW and capital expenditure in excess of $9 billion, one of the world’s largest. It has the potential to transform the Gippsland and Latrobe Valley (and Victoria) and help answer a number of energy-related issues whilst creating large investment, employment and social opportunities. The bigger question is though: is Australia ready for it?

Andy Evans is a co-founder and CEO of the Star of the South Project, Australia’s first proposed offshore wind farm project which is being developed off the south coast of Gippsland, Victoria. After starting his career as a lawyer working in Australia and the United Kingdom, Andy has been heavily involved in the energy and resources industry for nearly 20 years, the majority of that in renewable energy with other side interests including a winemaking business (of great quality but varying success). He is a proud Melburnian and looks forward to further progressing what should be a project of state and national significance.