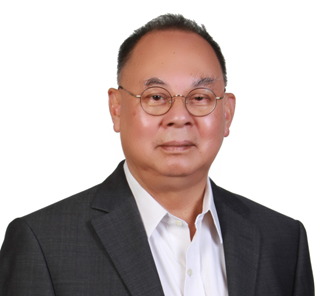 Thailand today: No course, no cause?

Take a break with Kasit Piromya

This time, the King, his powers and his budget, are also the target of protest. The King is quite new to the job and with less authority and respect than his father, the former King.

The situation is very volatile.

Fortunately we have an exceptionally well placed and experienced commentator to help us understand what is going on. Having been a very senior diplomat, Kasit Piromya has been active in Thai politics as an adviser and an MP. He was Foreign Minister from 2008 to 2011. He remains actively engaged in advocacy for democratic government.

Kasit Piromya was born in Bangkok, Thonburi in 1944 and graduated with a Bachelor’s Degree from Georgetown University in 1968 and Master of Social Science from the Institute of Social Studies, the Hague in 1971. He was a career diplomat from 1968 – 2005 and served as Director-General of the International Organization Department and also as Ambassador to Moscow, Jakarta, Bonn/Berlin, Tokyo and Washington D.C.

He was also a Member of Parliament and member of the National Reform Steering Assembly.  He works for many civil society organizations in the promotion of human rights and democracy.  He also works actively on civic and political education.  He is a board member of APHR (ASEAN Parliamentarians for Human Rights), Advisor to Asian Governance Foundation (AGF) and Advisor to Nuclear Society of Thailand.  He contributes on a weekly basis articles on Thai politics and Global Affairs.  Very recently, Rangsit University has appointed him to the Advisory Council, School of Politics, Economics and Globalization, Senior Fellow of the Institute of Security and International Studies (ISIS).

He studied international relations in Thailand, the US and the Netherlands. He continues to write extensively and boldly on Thai politics and foreign relations. Kasit suggested the topic!