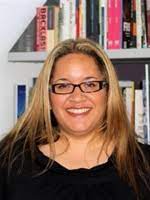 Giving effect to the Uluru Statement

Since the powerful Uluru Statement from the Heart was delivered in May 2017 there has been a debate about how to give effect to it.  The debate has focused on whether it should be in the form of Constitutional recognition through an amendment, or whether it should be through an Act of Parliament, often seen by its proponents as a pathway to full Constitutional recognition.

The argument has been around the difficulty of achieving Constitutional reform without strong bipartisan support and the fear of the consequences were a Referendum to fail.

An associated conversation has been around the legal practicalities and wording of a Constitutional amendment.

We are privileged to hear from Professor Megan Davis, one of the drafters of the Uluru Statement, who is a passionate advocate for Constitutional recognition.

Megan is a Cobble Cobble woman from the Barrungam Nation and is Pro-Vice-Chancellor (Indigenous) at the University of New South Wales.  She leads the University’s Indigenous Strategy and is the Director of Nura Gili: Centre for Indigenous Programs.

Megan is a Professor of Law and holds the Balnaves Chair in Constitutional Law. She is a renowned constitutional lawyer and public law expert, focusing on advocacy for Aboriginal and Torres Strait Islander peoples. Her work extends internationally, through roles at the United Nations, focusing on global Indigenous rights.