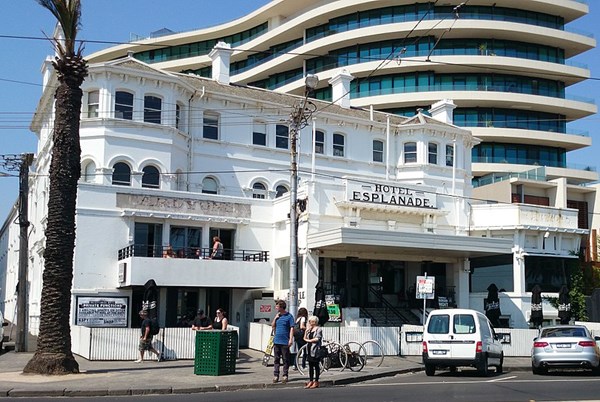 The Espy
11 The Esplanade
St Kilda,

Secrets of the Espy

A treat for culture lovers, history buffs and those who like a good yarn, this storytelling experience illuminates the little known life of former Hotel Esplanade resident Alfred Felton, Australia’s largest philanthropist to the arts, who lived and died at the ‘Espy’.

Since reopening its doors in 2018, every square centimetre of The Espy is open, including the fifth level which has never before been open to the public.

140 years of stories and secrets are hidden in its walls, from budding romances, to celebrations, break ups and make ups. If the walls could talk, they’d tell some unbelievable tales.

Alfred Felton was a successful businessman and avid art collector who came to Melbourne in the gold rush era. An eccentric character who lived modestly then upon his death bequeathed just enough money to be the making of the NGV as a gallery on the world stage. Not to mention donating the other half of his fortune to charities supporting women and children. Felton’s life and the impact of his bequests is nothing short of fascinating.

Join us on this private tour by publican and art and history lover, Matt Mullins. Ever since discovering Alfred Felton was a former resident at the Hotel Esplanade, Matt has dug deep into every detail of this fascinating man’s little known story.