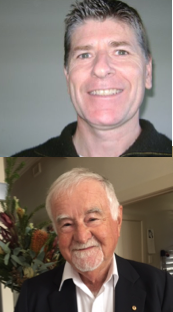 Crown Casino — A slap on the wrist? Or something else?

Following successive inquiries, first in Sydney with Patricia Bergin SC and more recently in Melbourne with Ray Finkelstein QC, Crown Casino is reeling after the most serious findings against the company.

Indeed Mr Finkelstein has found that Crown’s actions, including a number of examples of illegality, tolerance of money laundering and under payment of taxes, renders the company presently unfit to hold its licence to operate the Melbourne Casino.

Yet he recommended that he keep its licence. And the Government has adopted the recommendation.

How did this happen? What are the consequences ?

Two speakers with knowledge of the subject matter will address these issues.

Tony Robinson was previously the member for member for Mitcham in the VLA and was the gaming and consumer affairs minister in Victoria’s Brumby Labor government from 2007-2010. He is still a Gambling Regulation commentator believing that casinos need to be regulated by a federal authority.

Ian Dunn, now Chair of Melbourne Forum, practised as a lawyer and was CEO of the Law Institute of Victoria from 1996-2002. He was the inaugural Chair of the Victorian Commission for Gambling Regulation from 2004-2009.