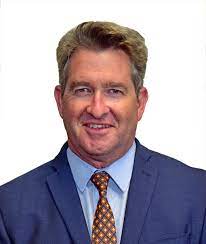 John Connor is the Chief Executive Officer of the Carbon Market Institute (CMI) the independent and non-partisan peak industry body for business and climate in Australia.

Prior to joining CMI in May 2019, John Connor served for over two years as Executive Director of the Fijian Government’s COP23 Presidency Secretariat. In that role he managed the Secretariat’s strategic, policy and logistical support functions as Fiji presided over the UNFCCC, international climate, negotiations.

For the previous decade he was CEO of The Climate Institute of Australia, overseeing its focus on national policy, institutional investors and international climate negotiations.

In his time at the Climate Institute Connor oversaw the release of a series of reports on Australia’s Climate Change response, including economic modeling on how Australia can reduce emissions and maintain a growing economy, up to date evidence on Australia’s greenhouse pollution profile and analysis of community opinions on climate change and climate change solutions.

John Connors is uniquely qualified to comment on the achievements or disappointments from COP 26, the most important climate conference thus far in our lifetime.